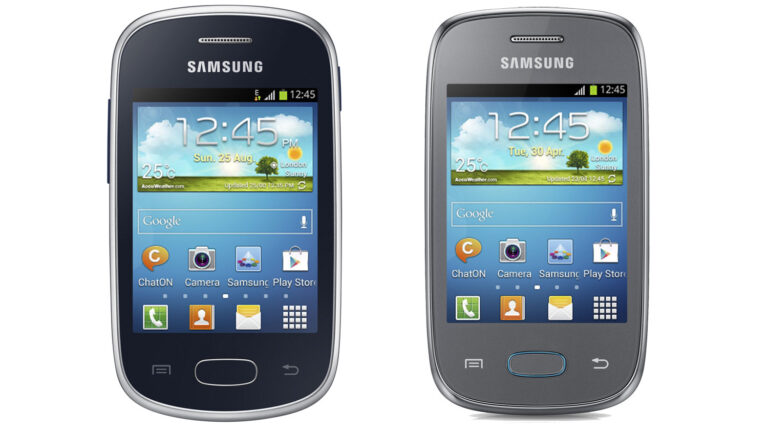 Samsung has officially announced a new entry-level Android phone, going by the moniker of Samsung Galaxy Pocket, that is destined to hit UK shores. As the name suggests, this Android phone is pocket-sized and will have a tiny pocket-money price to match.

As we dip in and out of recession and even find ourselves faced with a double-dip recession, there can never be enough affordable options, even if that means forsaking a large portion of technology in the process. Therefore, we feel that Samsung deserves a huge thumbs up for adding a very affordable option to their Android portfolio.

‘With the Samsung Galaxy Pocket, we are building on the features we know our customers enjoy and get the most out of. This new device adds further breadth to the choice of smartphones we currently offer and provides a smartphone experience for even more customers at an affordable price.’

Samsung Galaxy Pocket is just 100 grams in weight and has a small, but perfectly formed 2.8-inch QVGA screen. Unfortunately, its single-core processor does not even reach 1 GHz and is instead a paltry 832 MHz. There is no front-facing camera and only a 2 MP rear snapper. Android 2.3 (Gingerbread) is what you get on this cut-price smartphone, and a Li-Ion 1200 mAh battery powers what little is going on. There is 3 GB of ROM and a microSD slot to give you up to an extra 32 GB of memory for all of your apps and media content.

This seems to be an ideal phone for a youngster or anybody that is not that bothered about being up-to-date with the latest technology. If, on the other hand, you are after a fast, powerful Android experience, this is probably not the phone for you.

Samsung Galaxy Pocket will be available in the UK later in 2012, although specific details are not as yet available. Though there is also a lack of pricing info, it’s likely to be as cheap as chips.